This South Wales attractions map shows how central our unique holiday cottages are to the many wonderful tourist attractions there are in this region of the UK.  The Visit Wales website also includes lots of ideas on what to do during your holiday in South Wales.

If you’re on a touchscreen device, tap anywhere on the map to see a magnified image.

If you’re using a mouse or trackpad, simply hover over the map. 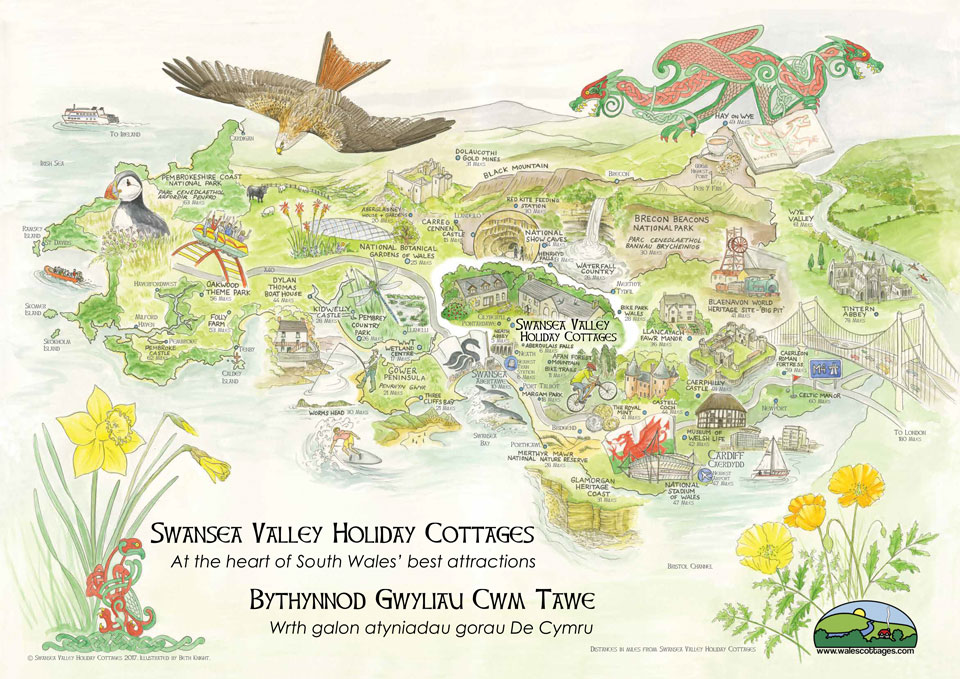